FunFact: North America (the United States, Canada & Mexico) holds the bottom three spots when comparing PTO regulations all around the world, while The UK, France, and Spain occupy the top three spots.

The difference between policies is rather drastic. Countries in the United Kingdom offer a maximum of 28 paid days off a year, while also offering 9 paid public holidays. Totaling at 37 paid days off annually, putting them at the top of the list. While Americans, who are the at the bottom, have no official national policy for paid vacation.

For this blog post, we wanted to investigate what the reasoning behind this drastic difference in work culture is. Turns out, it’s a lot more complicated than we expected. We found theories ranging from as simple as low citizen demand, meaning North Americans don’t demand very much in regards to PTO from their government as they apparently do in European countries. To far more complex ideas like communism, and an after effect from economy rebuilding after events like World War II and The Great Depression.

Honestly, we found truths in almost all of them. North Americans do have a tendency to form a work martyr persona as we’ve covered on this blog many times. So it would be easy to see how the government might not feel the pressure to regulate it more fairly, and it’s also easy to see how work martyr-ship and its subsequent culture could have been born from previous struggles in American history.

Alas, we don’t want to use this blog post as an opportunity to brief you on modern history. We just want to talk about why this culture needs to change.

We Knew it Was Bad

We’ve done the research, we always knew that North America had a bad habit when it came to taking time off. But it wasn’t until we created our PTO Regulations resource that we really started to notice, just how bad it was.

We created this resource as a touch point for our clients, current and perspective, to brush up on the legalities surrounding PTO in their geographical location. We started with Canada and the United States and seeing the laws repeat over and over again, state after state, “this state does not require organizations by law to provide paid time off to it’s employees”. This is when we started to realize that there was a bigger problem at hand, a much bigger problem.

It’s Up to You, HR Decision Maker

With a lack of policy surrounding standard PTO, and even furthermore a lack of policy around special types of leave like parental leave or sick/mental health leave, it really becomes the HR Decision Makers problem to solve. So, of course, the first thing you’re going to do is look around at your peers. Who else do you know in business or HR? What are they offering their employees? Is it working? Yes? Okay, let’s do that! The common culture for a standard two weeks vacation starts to make a little more sense when you see how it would come about.

And hey, starting a new job and being offered two weeks vacation to start sounds lovely! Doesn’t it? It definitely isn’t an offer you would consider turning down… Unless another job was offering you more. The standard two weeks vacation policy only works in favour of the HR Decision Maker and the organization if it was a policy that worked. But unfortunately, it just doesn’t anymore. That’s why we’re seeing a lot more commonly, businesses are starting to offer special and uniquely crafted time off policies to add on top of the “standard two-week” policy. Primarily, this has become a necessity in order to remain competitive with top talent.

On the flip side, a shocking stat we’ve discovered is on the other side of this “lack of policy” policy we have.

Not So Fun Fact:

One in four Americans has zero paid vacation time.

It’s kind of hard to believe that anyone in their right frame of mind would take a job that had absolutely zero time off policy in place. But it happens. And there’s no law to stop it from happening.

Now is the time you might want to hop into our PTO Regulations resource, find your state or province and see for yourself if you haven’t already.

Looking Up To Our Friends In Europe

Although PurelyHR has a strong presence in North America, being our home continent and all – we also have a lot of clientele in these European countries with outstanding PTO regulations (currently 63 clients and just over 2,600 users in the countries mentioned in the Forbes/Statista graph shown above, including Australia who is also doing really well in terms of PTO), and in a lot of our content where we talk about different ways businesses can offer fun and engaging PTO to their employees, those ideas come from overseas, where PTO is seemingly bountiful.

So perhaps we just need to challenge ourselves a little more with our internal culture, and look to our friends overseas and how they conduct their PTO policies, and use some of that as inspiration for your own!

If you find an extra fun example of a PTO policy from Europe, post it in the comments below! And don’t forget to check out PurelyHR’s PTO Regulations Resource for Canada and the U.S. and see how your state/province is doing. 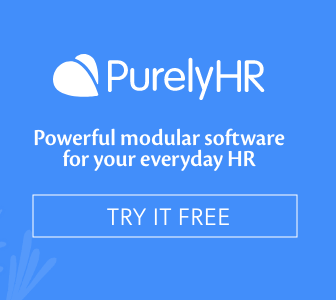